This is a surprise. The much anticipated Hobbit trilogy and Peter Jackson’s return to Middle Earth may be stained with some animal cruelty, according to emerging reports. 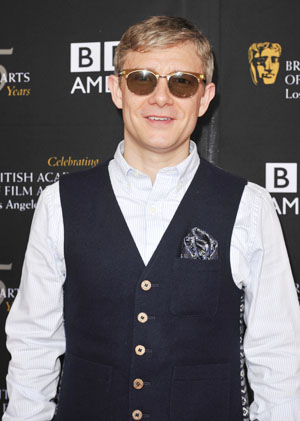 Middle Earth is tainted with eeevil!

Peter Jackson‘s production company is under fire for reported mistreatment of animals used in the filming of The Hobbit trilogy, which resulted in up to 27 deaths. Serious stuff right there!

Several former animal wranglers have alleged that the ranch where the film production housed its animal “actors” was a hazard and ridden with sinkholes, steep bluffs, broken fences and vicious dogs. Several horses, sheep, goats and chickens have died from the poor conditions, including being mauled to death by dogs.

It’s important to point out that none of these animals were harmed during the filming of The Hobbit, but off at the ranch. The American Humane Association (AHA) has been involved on the set since 2011 but is now seeking (along with PETA) official recognition of its right to interfere and monitor the animals’ welfare.

“We do not (currently) have either the jurisdiction or funding to extend … oversight to activities or conditions off set or before animals come under our protection,” the president and CEO of AHA, Dr. Robin Ganzert, stated. “There are too many incidents off the set, and this must stop. It is vital that we work with the industry to bring the kind of protection we have for animals during filming to all phases of production.”

So basically AHA has a say in terms of safety on the set of the film, but is hoping to extend its jurisdiction to the ranch where the animals are housed (186 kilometres away from the filming location). We shall see how that pans out for them.

PETA is planning to stage protests at several Hobbit premieres across the globe to prove its point. Always subtle, those guys.

What do you think? Opinionate.

Star Trek trailer screened before The Hobbit!
The Hobbit: A trilogy?
Stephen Colbert will be in The Hobbit!