The moment we’ve all been waiting for is here: an early look at the third season of Game of Thrones! The teaser trailer hath arrived, and it’s quite something… 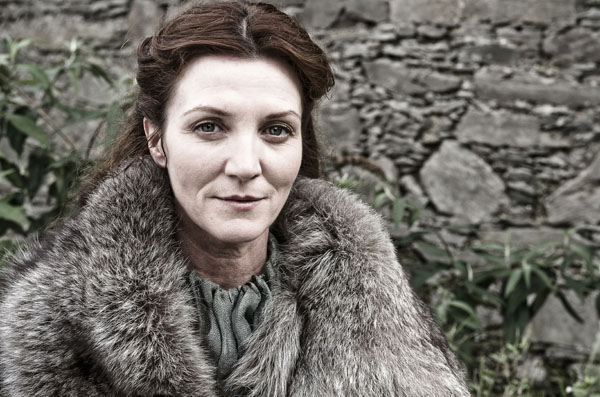 Even a loyal fan may be a little angered by the lack of content/substance in this trailer — unless you’re really into ominous voices.

Game of Thrones shall be returning to our television screens with its third season on March 31, 2013, and for now all we have to go on is a text/graphic/sound teaser trailer. We’re not happy campers.

“The great war is between death and life, ice and fire,” states the mysterious lady voice as some medieval font morphs from letter to letter while drums epically foreshadow certain doom in the background. “If we lose, the night will never end.”

That’s all we’re given. Hardly does justice to this HBO adaptation of George R.R. Martin’s book series, developed by the lovely David Benioff and D.B. Weiss. We’re not asking for footage, but more speech? More elaborate graphics? Something?

Alas, not. We’re hoping many more trailers (with something to look at) will emerge in the coming months. We suppose that’s why it’s called a teaser trailer. Check it out, and let us know what you thought!

The bachelorettes have it out on Women Tell All
Meryl Streep’s daughter lands role on The Newsroom!
A Boy Meets World spinoff? Yes, please