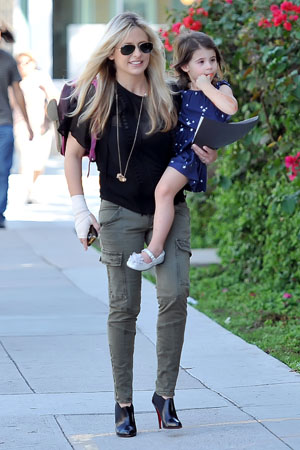 Sarah Michelle Gellar and hubby Freddie Prinze Jr. are not big on the whole rolling-around-in-the-spotlight business, which explains why, despite being born back in September, the couple’s son remained nameless to the public’s knowledge. Until now, of course!

We’d like to introduce you to Rocky James Prinze!

Not quite sure what happened there… James Prinze would have worked wonderfully, but it apparently didn’t satisfy the name creativity requirement. Perhaps the couple is a fan of Sylvester Stallone? Or found Rocky Balboa’s story particularly endearing? We know not.

The couple has been married since 2002 and also has a daughter together, little 3-year-old Charlotte Grace.

As a side note, we’d like to point out that these two have been together for a decade, which in Hollywood equals eternity. Quite commendable!