These youths are driving us crazy! Justin Bieber and Selena Gomez reportedly ended their relationship two weeks ago but have been spotted together all over the place since. What gives? 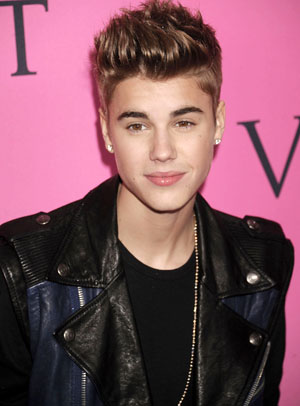 Our emotions are out of control on this! What is going on?

After the Justin Bieber and Selena Gomez breakup a few weeks ago officially broke our hearts, new reports are emerging that claim a reconciliation may be in the works. Don’t play us like that, you guys…

Biebomez was spotted together again, attending The Laugh Factory comedy club in Los Angeles on Thursday, although they entered separately (but arrived in the same vehicle). Sounds promising, no?

On Friday the couple was spotted once more, this time at Japanese restaurant Yamato in San Fernando Valley, California. According to witnesses, the duo rushed out of the establishment 10 minutes after arriving and drove off in their respective cars. Apparently it was because of a fight. Justin went to Gomez’ house and waited at the gates; she played the ignoring game; and he went all Say Anything and even shouted her name several times (no boom box, though). But alas he was left all alone in the night.

Come Sunday night, Bieber and Gomez were spotted together at the 2012 American Music Awards after-party, and all was well again!

What. Is. Going. On? Should we be laughing or crying? At least Jenny McCarthy confirmed the couple-non-couple did indeed seem together at the AMA party.

“My cub @justinbeiber brought his acceptable and beautifully aged beauty Selena to the AMA after party,” she tweeted.

We are so conflicted. They break up, they go out, they have a fight, they attend after-parties together… Put us out of our misery.