All is not well in the Bon Jovi household. Jon Bon Jovi’s daughter, Stephanie, overdosed on heroin on Wednesday but will not be charged for it, thanks to a New York law. 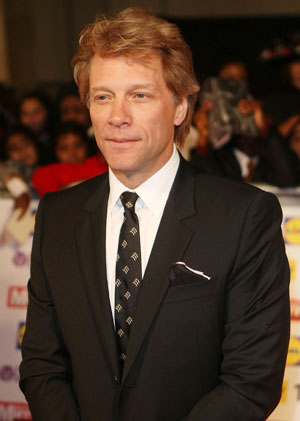 We almost want to use the phrase “good news,” but that ain’t right in this situation.

Jon Bon Jovi’s little girl, Stephanie Bongiovi, will not be charged for overdosing on heroin and for drug possession, after being arrested on Wednesday. Congrats?

Bongiovi, 19, overdosed on Wednesday in her dorm room in Hamilton College in Clinton, New York. A friend present at the scene, Ian Grant, was arrested alongside Stephanie and charged for possession of a controlled substance.

These charges have since been dropped due to a New York law passed last September, forbidding the prosecution of individuals who have overdosed and those aiding them in seeking medical help.

Stephanie was hospitalized following the overdose; heroin, marijuana and drug paraphernalia were found in her room.

Katt Williams arrested for assault
Channing Tatum is the Sexiest Man Alive!
Up for a dinner with Gwyneth Paltrow?