Ah, the artistic community. They stick together! Hundreds of musicians have directed an open letter to the internet radio service Pandora, opposing its proposed pay cuts.

Related story Katy Perry Jokes That Moms Are Just Like Pop Stars: 'You're Up All Night' 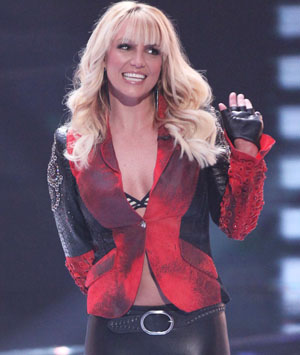 A horde of musicians — including Britney Spears, Maroon 5, Katy Perry and Cee Lo Green — have released an open letter to the internet radio service Pandora, criticizing the company’s attempt to have the American Congress pass the Internet Radio Fairness Act, which would significantly cut the service charge the radio would have to pay for playing the artists’ music.

In layman’s terms, Pandora is messing with the musicians’ paycheques. That’s a no-go.

“We are big fans of Pandora,” reads the letter. “That’s why we helped give the company a discount on rates for the past decade. Pandora is now enjoying phenomenal success as a Wall Street company. Skyrocketing growth in revenues and users. At the same time, the music community is just now beginning to gain a footing in this new digital world.

“Pandora’s principal asset is the music,” it continues. “Why is the company asking Congress once again to step in and gut the royalties that thousands of musicians rely upon? That’s not fair and that’s not how partners work together.”

Pandora’s representatives stated, via Los Angeles Times, that the reduction of these fees is the only way to keep the radio competitive with broadcast radio. The company also stated that the artists would receive fair compensation, albeit less than currently.

What do you think? Fair, or not so much?