This is so exciting! A nine-minute clip of Star Trek into Darkness shall be bestowed upon the public right before the screening of The Hobbit at IMAX 3-D theatres! 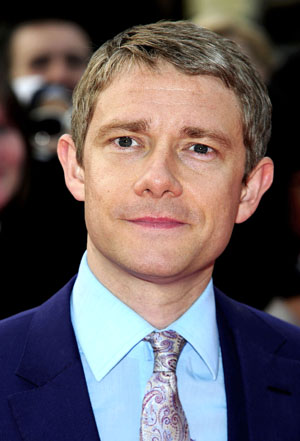 Sweet mother of all that is good and important in this world, this is grand news for our nerdy brethren!

Paramount has decided to treat us (nerds) to the first nine minutes of Star Trek into Darkness at the IMAX 3-D theatres, but here’s the best part: This preview will be screened right before The Hobbit! So you’ll be gifted with insight into the new struggles of the Enterprise on the final frontier right before sinking into Middle Earth! It cannot possibly get any better than this.

The Hobbit is opening on Dec. 14, but the Star Trek sequel will not be released until May 17, 2013! So this nine-minute footage had better be so impressive, it’ll linger in our minds until spring.

“Our long-time partners J.J. Abrams, Bryan Burk and the Bad Robot team have really hit it out of the park — the footage is absolutely incredible,” stated Greg Foster, IMAX Filmed Entertainment chairman.

We are quite excited! It’s also clever to place the footage before The Hobbit, considering the demographic being hit and the multitude of people who are going to see it. Marketing genius!

What do you guys think? Opinionate!

Skyfall is the best Bond box office yet!
Mark Wahlberg cast in Transformers 4!
Jamie Foxx as a comic book villain?