If you love The Bachelor for the romance, the finale is the episode you really want to catch. But if it’s the drama you seek, it’s the Women Tell All that will do it for you. Drama definitely ensued tonight, but there were some positive moments thrown in for good measure as well. 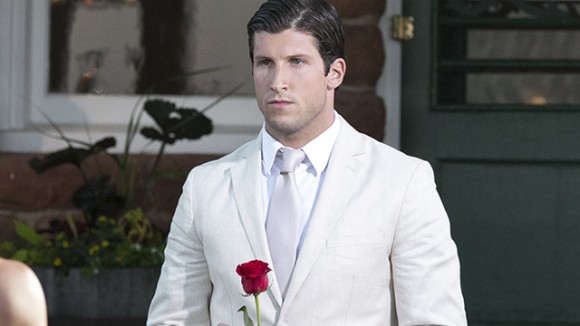 Who is Gabby, really?

Gabrielle is up first in the hot seat. Interestingly enough, despite the initial hint of a “boo” at her name in the intro, the audience came around and gave her a roar of applause by the end of her chat. Although the girls may have suspected she was an actor planted by the producers to stir up drama, they ended up concluding she was genuinely just an excessively honest girl. And when living in a house with a whole lot of backstabbing and gossip, that is a rare and appreciated trait.

Although Chantelle had to end her journey early for a family situation, she made an impression while in the mansion. As a virgin and a pastor, she certainly accomplished some Bachelor firsts during her time on the show. As Michelle B. stated, Chantelle truly is an inspiration to girls everywhere. She may not have won Brad, but we feel confident there are plenty of good men waiting to be her knight in shining armour.

Whitney got called out on being a bully

This evening Whitney seemed to be doing the same thing Courtney Robertson did after her stint on Ben Flajnik’s season and what Chris Bukowski did at the end of Bachelor Pad. Man, there is a real pattern forming here. After a whole season of consistently stating that winning Brad was all she cared about, Whitney got teary eyed as she discussed how hard the show was for her. As expected, the women didn’t buy it — at all. Except maybe Chantelle. She is a pastor, after all.

Throughout the show Kara and Brad seemed perfect for each other in many ways. But as we discovered tonight, they were perfect friends. Not necessarily perfect lovers. Disappointing, but it happens. Maybe she’ll be the first ever Bachelorette Canada?

Tune in next Wednesday to see whether Brad proposes to Whitney or Bianka!