Good news! Javier Bardem and Daniel Craig on a single screen has been scientifically proven to be magic! If you don’t believe us, check out these box office numbers from Skyfall’s debut. 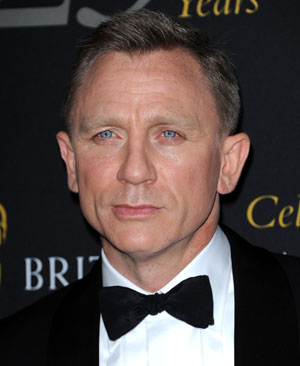 OK, just take a moment to appreciate the inhuman beauty of the man to the right. He’s one tall glass of water, we’ll tell ya that much. Moving on!

With the acting and visual prowess/hotness of Daniel Craig, the Sam Mendes-directed James Bond flick Skyfall has claimed the highest-grossing title of the series (the whole series!). Not too bad, considering there are 23 films in total.

Skyfall picked up $87.8 million in North America and $518.6 million worldwide in its debut! That is a whole lot of dollars! It may have something to do with the fact that Daniel Craig plays James Bond and Javier Bardem portrays the evil villain… Someone in the casting department was using the old noodle.

To compare, the first instalment of this series, Casino Royale, opened to a tiny $40.8 million back in 2006. The 2008 sequel, Quantum of Solace, earned $67.5 million. They just keep getting better and better.

This film also happens to sit incredibly well with the critics. So it’s not just a money pony; it’s actually an incredible film.

If you happen to check it out, let us know what you thought. We shall spend the remainder of our time just staring into those blue wells of gorgeous. Opinions?