If you’re missing the good old days, fear not! They are a’coming back. The makers of Boy Meets World are working on a spinoff that will potentially feature your favourite old characters! 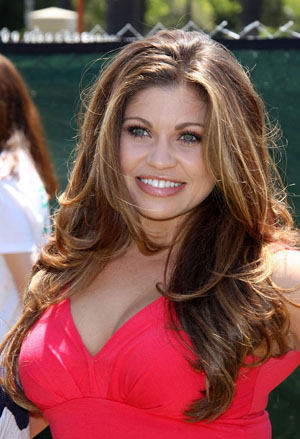 This is better than chocolate cake drizzled in syrup for any ’90s kid out there! The makers of the sitcom Boy Meets World are in talks to create a spinoff for the Disney channel. Oh yeah, take it all in.

The spinoff, appropriately titled Girl Meets World, has already been signed for a pilot by the original creator, Michael Jacobs. The story would focus on a teenage girl whose parents are very likely to be played by Ben Savage and Danielle Fishel — Cory and Topanga, in other words! How exciting is that?

No word yet on whether other members of the original cast will be making appearances on this new show, but fingers crossed! We want Shawn (played by Rider Strong), Eric (Will Friedle) and Mr. Feeny (William Daniels) to bust the door back into our lives. Pretty pleeeease!

We shall leave you thus, shrieking with joy and reminiscence… Stay tuned for updates on this front.

Anderson Live is no more!
The Bachelor meets a surprise at every hometown
Coldplay drummer in Game of Thrones!