Brooke Shields is no stranger to controversy, but she will not allow her mum to be dragged into it. The actress came to the rescue of Teri Shields’ reputation. 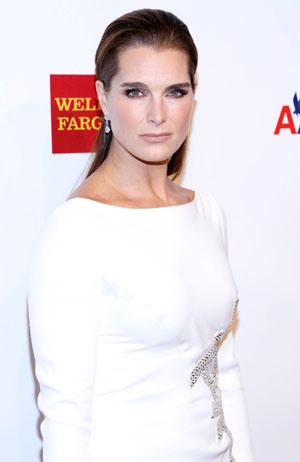 Brooke Shields has her heart in the right place.

The model/actress stepped up to defend her late mother, Teri Shields, from criticism of Brooke’s controversial early career choices.

Teri passed away on Oct. 31, from complications of dementia. She was often criticized for her management of Brooke’s endeavours, especially her role in 1978’s Pretty Baby, in which she played a child prostitute at the age of 12. That film also involved nude scenes. Then there was the famous Calvin Klein jeans ad, which was a little too sexual as well…

“She protected me from so much of what is devastating about being in the entertainment industry — the rejection, the jealousy, the being screwed over,” Brooke told the Hollywood Reporter.

“The bubble she created around me was the biggest blessing she could have given me,” she continued. “The need to attack her is unnecessary.”

Although Teri managed Brooke’s career for several decades, they had to part ways in 1995 because of her mum’s alcohol addiction.

There you have it. If Brooke harbours no anger, why does everyone else? Get back to your knitting.