This is no joke, people! Young Modern Family actress Ariel Winter is subject to a guardianship battle, after her mum was accused of abuse. 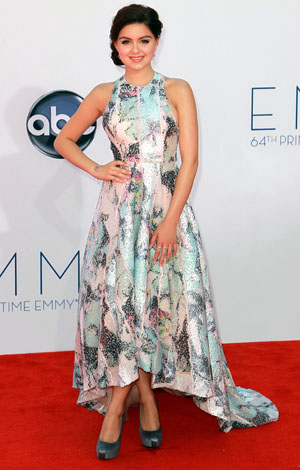 Well, there’s nothing modern about this…

The 14-year-old Modern Family actress Ariel Winter has been removed from her mother’s care, while her older sister is seeking permanent custody, per E! News.

Winter’s sister, Shanelle Gray, is petitioning for full guardianship, alleging that Ariel’s mother, Chrisoula Workman, has slapped and pushed the actress around. The petition also claims instances of “vile name calling, personal insults about [her and her weight], attempts to ‘sexualize’ minor, deprivation of food, etc. for an extended period of time.”

Gray is requesting to be appointed Ariel’s guardian but also to be the head of the actress’s estate and to have all bank accounts made inaccessible to Workman. The court papers allege that Winter has been separated from her father, who has been unable to care for her all this time.

Workman is denying all allegations, stating they are “false and ridiculous.”

The guardianship hearing is set for Nov. 20.

Heavy matter, here. We hope that if there was any abuse, punishment will be meted out and that Ariel is found a safe home. Stay tuned for progress in the case.