Next time you want to disturb Jennifer Lopez for an autograph, don’t. A maid at a hotel in Germany was fired after disturbing the pop diva for a signature. 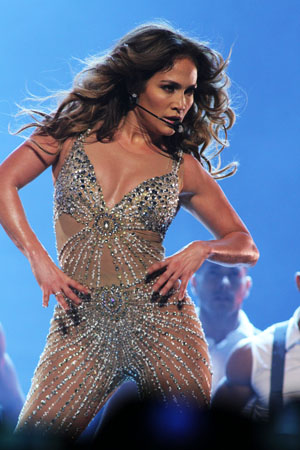 Uh-oh… Did J.Lo make a boo-boo in Germany?

Several reports are alleging that a hotel maid in Germany was fired upon Jennifer Lopez‘s complaint, after going to the star’s room for an autograph.

Pray Dodaj told the German tabloid Bild that she was dismissed by the management at Melia Dusseldorf for disturbing J.Lo’s privacy.

“A day later the cleaning company that employed me at the hotel called and said that Ms. Lopez had complained,” Dodaj stated. “I was fired right there on the phone. Because of an autograph.”

Well, that ain’t right! The hotel director, Cyrus Heydarian, confirmed the establishment’s decision and stated, “She has acted contrary to the contractual arrangements and disturbed the privacy of our guests.”

With her reputation at stake, Lopez jumped on Twitter to reclaim her honour by denying the whole thing. Atta girl!

“C’mon thought you knew me better than this. Would never get anyone fired over an autograph. 1st I heard of this was on twitter.#hurtful.”

Considering that there is an employee testimony and a hotel staff confirmation, this doesn’t look so good, Jenny! What do you guys think? Is an apology in order?