Game of Thrones is the hottest show on television right now! And now the drummer from Coldplay has scored a cameo in the upcoming season. How exciting is that? 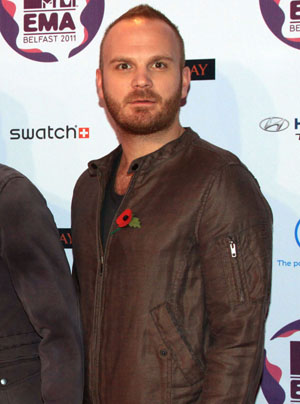 Finally another member of Coldplay is in the spotlight. Chris Martin has had enough!

The band’s drummer, Will Champion, will be making a cameo in — wait for it — Game of Thrones! Take that, Chris!

Per Entertainment Weekly, Mr. Champion will be appearing (not surprisingly) as a drummer! A total departure from reality — must have been quite a thinker for the writers. Nonetheless, when and where he shall appear is yet unknown. There aren’t many opportunities for a drumming character in Game of Thrones… We predict a drummer aboard a warship or in a battle.

Another musician to make a special appearance on the show is Gary Lightbody, lead singer of Snow Patrol, but his role is kept secret for reasons unbequeathed to the public.

Are you excited to see the cameos? Let us know!

The Bachelor meets a surprise at every hometown
Stephen Colbert will be in The Hobbit!
Getting to know the girls of “The Bachelor Canada”