It’s been a long time, but we knew a change was going to come. Leonardo DiCaprio is single yet again, after another breakup with another model girlfriend. 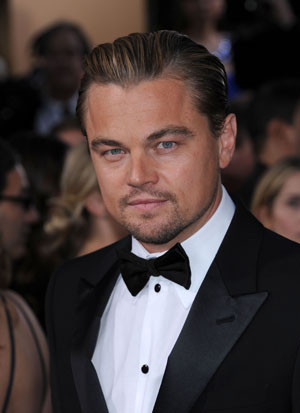 Calling all singles ladies! Mr. Slicked-back-hair is back in the dating pool.

Who’s crazy enough to break up with a Victoria’s Secret model? Leonardo DiCaprio, that’s who. But the good news is, now he is siiiiiiingle.

The 37-year-old actor has called it quits with his smokin’ girlfriend, Erin Heatherton. The couple started dating in December 2011, and they’ve been on several getaways together. She’s even met his mum (but who hasn’t, right?).

DiCaprio has been pretty occupied filming The Great Gatsby in Australia and Django Unchained in New Orleans. We suppose lovin’ time was not included in that busy schedule.

Just to take a quick walk down Leo’s dating resume… The actor has dated Gisele Bundchen, Bar Refaeli, Blake Lively and now, Erin Heatherton. Do we see a pattern?

DiCaprio and Heatherton reportedly left off on pleasant terms.

So, if you’re blonde, tall, skeletal and gorgeous, Leo may be coming for you. What a terrifying prospect. Opinions?