You know that moment when you realize you have too much money? Yeah, neither do we. But George Lucas has just signed a deal for $4 billion, a part of which he is planning to dedicate to charity. 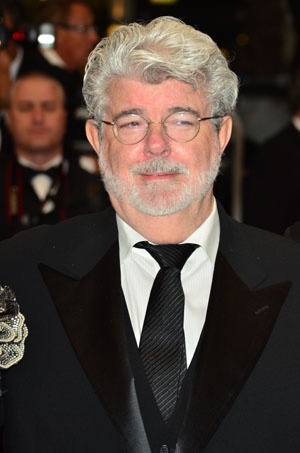 Since George Lucas has just become much richer, he’s decided to put that money to good use…

After penning a deal with Disney to sell Lucasfilm for $4 billion, the man behind Star Wars is planning to empty his deep pockets to aid educational issues. Well done, sire!

“George Lucas has expressed his intention, in the event the deal closes, to donate the majority of the proceeds to his philanthropic endeavours,” the director’s spokesperson told The Hollywood Reporter.

“For 41 years, the majority of my time and money has been put into the company,” Lucas said in a statement on Wednesday. “As I start a new chapter in my life, it is gratifying that I have the opportunity to devote more time and resources to philanthropy.”

It hasn’t been confirmed or announced which charity (or charities) will receive the donation, though some reports claim Edutopia, which is part of the George Lucas Educational Foundation, may be the lucky recipient of the hefty contribution.

Just so you know, George, we are very open to your philanthropic efforts — if you want to toss a billion our way, that’s just fine with us.