Does it matter which movie we see Benedict Cumberbatch in? Not really, but this one is pretty interesting. The actor will be starring as The Beatles’ manager, Brian Epstein, in an upcoming biopic. 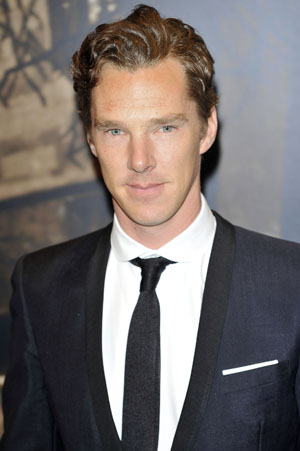 Question: What is better than a Beatles biopic?

A Beatles biopic starring Benedict Cumberbatch, obviously. The 36-year-old English actor will be assuming the lead in a biographical film about Brian Epstein, the famed manager of the iconic Liverpool band.

The film will be directed by Paul McGuigan, who has previously worked with Cumberbatch on several Sherlock episodes. It will be produced by Tom Hanks, Gary Goetzman and Simon Halfon. Todd Graff penned the screenplay.

This is promised to be a tale of Epstein himself, not a glossed-over segue to a biopic of The Beatles.

In case you’re unfamiliar with this fella, Epstein signed The Beatles back in 1961, before they were the gods of music. He died in 1967 from a drug overdose. Epstein struggled with a drug and gambling addiction; he was also a closeted homosexual, since it was a criminal offence in England at the time. He propelled The Beatles to superstardom and was even nicknamed the “fifth Beatle.” A pretty important man in the world of music.

This film project is rivalled by another Epstein biopic, The Fifth Beatle. The latter obtained rights to include Beatles songs in the film. This sounds like a war. We think Cumberbatch may win the viewers over, though.

We are so excited to see how this movie turns out. Not only is Benedict a gorgeous piece of human, but he actually resembles Epstein. What do you think?