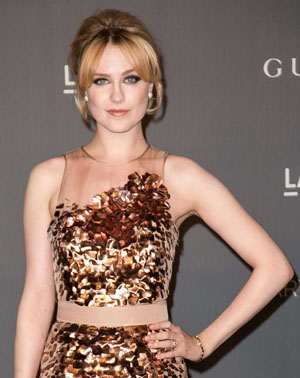 Evan Rachel Wood and Jamie Bell have tied the knot, y’all! Although this was long in the making, we almost feel surprised.

The couple secured their marriage licence last week and have been wearing their wedding bands for a while. The two finally married on Tuesday in a very private ceremony in the presence of friends and family in California.

Wood has previously been engaged to rocker Marilyn Manson, but the couple broke it off in 2010. Funnily enough, the 25-year-old actress previously dated Bell in 2005 before breaking up in 2006. They reunited in the summer of 2011, and now they’re married! Crazy, right?

They even have each other’s first initial tattooed on their bodies. It was meant to be. We are very happy for the couple and wish them the best of luck. Opinions? Good match? Not so much?

Justin Timberlake and Jessica Biel are married!
Ryan Reynolds and Blake Lively got married!
Matthew McConaughey is a married man