Wow! It was more than appropriate that tonight’s episode of “The Bachelor Canada” aired on Halloween night. While the little ones were out getting their treats, Brad Smith was getting his share of tricks. 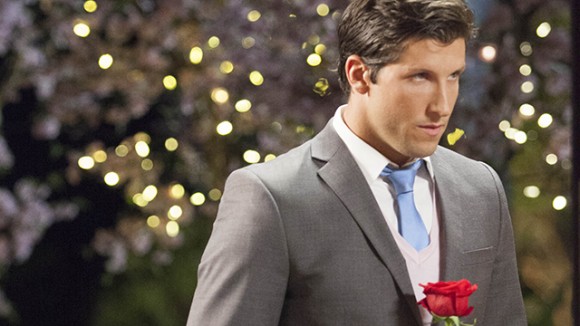 Could Brad be unable to use his charm on Bianka’s parents?

Of course not! Bianka was only pretending her parents couldn’t speak English to keep Brad on his toes. And her little ruse proved quite effective. Though the truth was eventually revealed and a perfectly lovely dinner ensued, it still was a witty ploy on her part.

A date with Kara is easy-breezy

The date started off on a slightly sad note when Kara thought her dad couldn’t come to meet Brad. But The Bachelor is always a fan of surprises so of course her dad shocked them with his arrival. And everything went so superbly Brad didn’t want to leave. That has to be a good sign, right? Things have been so natural with them since the beginning.

The fact this was their first one-on-one date was a little bit crazy, right? Could you imagine spending your first date with a guy being accompanied by half-a-dozen senior citizens and then going straight to meet the parents? And on top of that, Brad was forced to belly dance in front of her very sizeable family. These aren’t the types of events that occur on a regular basis in the average person’s daily life, right?

Brad had to bobsled! Despite the initial trepidation, they had a good time suiting up in spandex and barelling down the bobsled tunnel. But the fact Whitney could surprise him with actions but not emotions left Brad frustrated. If she isn’t able to open up soon he may very well choose to cut her loose.

Cuts after a crazy week

After a big week of crazy surprises Brad had to pick which girl he was ready to send home. And the lady selected was Gaby. After how each of the dates went, the decision wasn’t too shocking. Though their senses of humor seemed to work together, they never really had enough time to get to know each other.

The next episode seems like another crazy week so tune in at 9:30 p.m. on Wednesday to see who makes it to the final two!