If you thought the last three episodes of Star Wars were the last you’d ever see, you were wrong. Since Lucasfilm has been sold to Disney, a brand new episode is in the works. 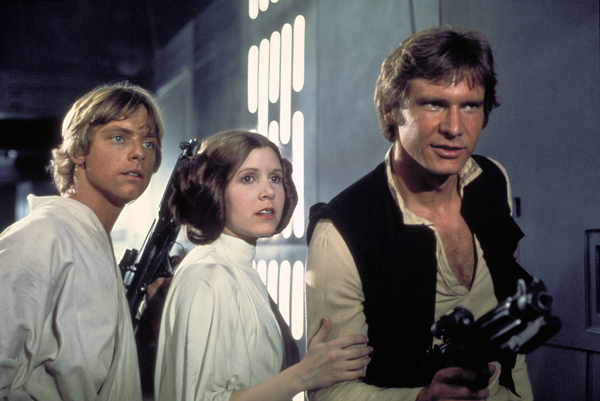 Disney has purchased Lucasfilm for a nosebleeding sum of $4.05 billion, and another Star Wars film is officially in the works, slated for release in 2015.

“For the past 35 years, one of my greatest pleasures has been to see Star Wars passed from one generation to the next,” George Lucas said through a statement. “It’s now time for me to pass Star Wars on to a new generation of filmmakers. I’ve always believed that Star Wars could live beyond me, and I thought it was important to set up the transition during my lifetime.

“I’m confident that with Lucasfilm under the leadership of Kathleen Kennedy, and having a new home within the Disney organization, Star Wars will certainly live on and flourish for many generations to come. Disney’s reach and experience give Lucasfilm the opportunity to blaze new trails in film, television, interactive media, theme parks, live entertainment and consumer products.”

This could be the beginning of a whole new set of Star Wars films. We suppose the old episodes will just become vintage classics. How does that make us feel? Prehistoric. At least this 2015 episode is bound to be flawless, learning from the six before it. So…

5 Best wedding movies
Conan the Barbarian hath returned!
Stephen Colbert will be in The Hobbit!