This shatters so many of our hopes and dreams! Anderson Cooper’s talk show has been scrapped by the Warner Bros. syndicate Telepictures. 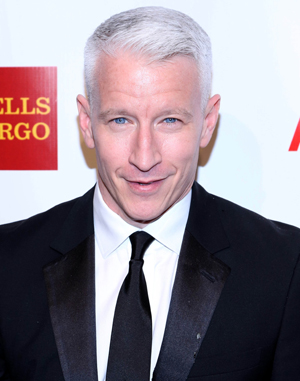 We suppose it’s more appropriate to call it Enderson Live, no?

Anderson Cooper‘s talk show baby, Anderson Live, will not be returning for a third season due to poor ratings.

Telepictures announced yesterday that despite being rebranded for season two, the show will not be coming back. It will continue airing all through next summer, though.

“We are extremely proud of Anderson and the show that he and the entire production team have produced,” the broadcasting company stated through the Hollywood Reporter. “While we made significant changes to the format, set and produced it live in its second season, the series will not be coming back for a third season in a marketplace that has become increasingly difficult to break through. We will continue to deliver top-quality shows throughout next summer.”

We don’t understand. In our heads, more Anderson onscreen time equals success — why is it not so? How can this be?

Cooper has not mentioned the cancellation on the show yet, but he did send out a statement through his reps:

“I am very proud of the work that our terrific staff has put into launching and sustaining our show for two seasons,” the host said. “I am also grateful to Telepictures for giving me the opportunity and indebted to viewers, who have responded so positively. I look forward to doing more great shows this season, and though I’m sorry we won’t be continuing, I have truly enjoyed it.”

We miss him already. He’s too beautiful to be constrained to only CNN. Are you a fan of the show? Opinions?