Tom Cruise is a nice fella, and here’s your proof. The actor will not be pressing any charges against his neighbour, who stumbled onto his property (after climbing a fence) while intoxicated. 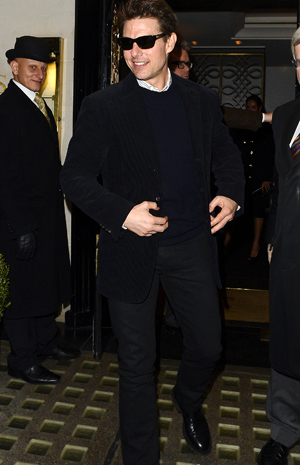 The 50-year-old actor has opted to not press charges against his neighbour, Jason Sullivan, after the latter climbed over the fence surrounding Cruise’s Beverly Hills property on Sunday.

The friendly neighbour, whilst inebriated, jumped the fence and was subsequently Tasered and arrested. But Cruise ain’t holding a grudge.

Sullivan was reportedly staying at a nearby abode and, due to intoxication, may have confused Cruise’s residence with his own. The actor was not home when the incident took place.

The lesson here is this: Build higher fences. This certainly puts your own worst inebriation stories into perspective — not many have scaled the walls of the wrong house, right?

This man is just lucky Cruise is as cool as a cucumber. Otherwise those charges could add up…