Oh, the youth of today. Justin Bieber is on the ink train, and it is not showing any signs of slowing. The singer has gotten another tattoo; this one is of an owl. Yay or nay? 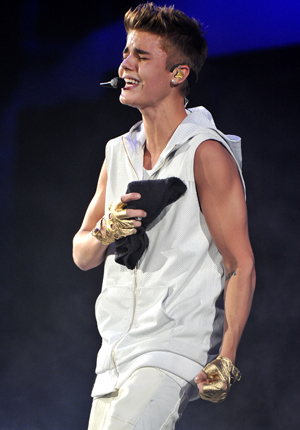 Justin Bieber is an unstoppable canvas of tattoos! The 18-year-old super-mega pop star has gotten yet another ink creation. This time it’s an owl.

That’s right — Bieber took to Instagram and posted a snap of his forearm with a giant owl perched on what appears to be a paintbrush. Now, we like those winged beasts as much as the next gal, but the design of this particular one is just so awfully reminiscent of the ClipArt from the late 1990s that we cannot process it. It looks more like an owl from a PowerPoint presentation on birds of prey for a grade three class than it does a tattoo.

Regardless, the photo was accompanied by a cryptic message: “Befo the paps get me.” Which could mean anything, really. Bieber has not been on pleasant terms with the paparazzi of late.

This is the singer’s eighth tattoo. He had a crown inked on his chest last month. Mother of all things good in this world! Eight tattoos at 18 years old? We wonder what Bieber will look like by 30.

What do you guys think of this whole tattooing business?