What a proper married couple these two make! Jessica Biel has legally adopted Justin Timberlake’s last name. But professionally, it shall remain as it was. 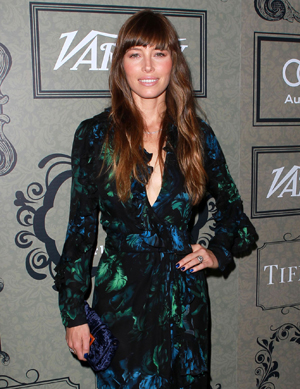 Jessica Biel, who recently wed Justin Timberlake, has decided to legally change her name to Jessica Timberlake. It doesn’t flow that great, but it’s the sentiment that counts!

“My professional name will still be the same, but for life, yes, I think it sounds great,” the actress told People magazine. “I think I really won the jackpot of names.”

Jessica Timberlake… Try saying that three times fast. But in all honesty, Biel didn’t exactly lose out in anything — she is married to J.T., after all.

The couple began dating back in 2007 and broke up in March 2011, only to be reunited in the fall. Timberlake proposed to Biel in December, and the duo married on Oct. 19.

These two are quickly becoming the cutest couple ever! What do you think of Jessica Timberlake?