She hath loved and she hath lost. Taylor Swift has yet again broken up with a boo. This time it’s 18-year-old Conor Kennedy. The pool of availables is shrinking here. 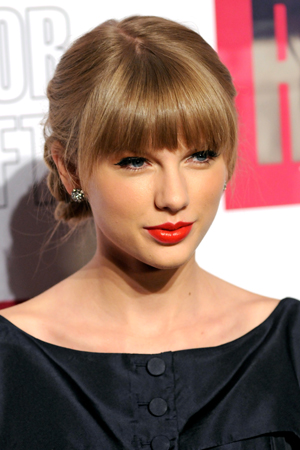 Just in case you were worried that Taylor Swift would ever run out of breakup song material… Nope.

The duo was practically glued at the hip since the beginning of their row-maw-nce in July, but Swift’s busy promotion schedule for her new album Red may have contributed to the parting of ways with the 18-year-old Kennedy.

This breakup may have come at a good time, though. Swift is ready to turn 23, and Kennedy is prepping for high school graduation… We’re allowed to make at least one age joke.

We must admit, the Taylor-Kennedy amour and overzealous public displays of affection have benefited the Cape Cod tourism business quite well. The singer spent the summer at the Kennedy Compound in Hyannis Port, Massachusetts, making out with Conor pretty much everywhere. Cue influx of visitors.

Alas, the romance did not last. Kennedy now joins a respectable list of hotty-totties who have either dumped or been dumped by Swift, like John Mayer, Jake Gyllenhaal, Taylor Lautner and Joe Jonas.

Who should she date next? Opinionate.