Sure, James Franco is cute enough, but that does not mean he will date three women at the same time. The actor shot down some of those pesky dating rumours. 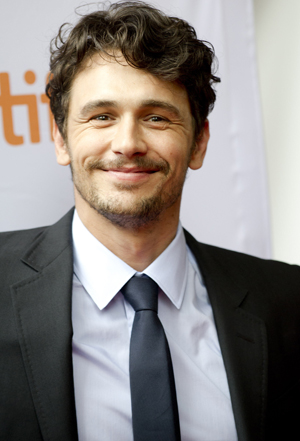 Surprise! James Franco is not dating every woman in the universe!

The rumour mill has been working overtime of late, trying to spin a suitable hook-up for the 34-year-old actor. As it stands, Franco is reportedly dating Ashley Benson as well as a few others, but the actor cleared the air via Huffington Post.

“I also hear that I’ve been dating Selena Gomez, Kristen Stewart and Ashley Benson,” the actor stated. “Hot damn, am I a lucky guy. I wish I had actually gotten closer than the 13th row of the theatre in Toronto where Kristen gave her On the Road Q and A, but I didn’t. Not only did I not talk to her, I didn’t even go to the Soho House, where I supposedly asked her out on a date.”

Franco added, “As for Gomez and Benson, those are Bieber‘s girls, and I wouldn’t dare tangle with the Biebs. I heard he wants to kick my ass. Yikes!”

The Franco-Benson union was first reported by the New York Post after the two were allegedly spotted holding hands on L.A.’s Haunted Hayride. Given the context, we think friendship could also hold up as true. Now, if they were spotted holding hands in line at a hot dog stand (or the like), then you can spin them rumours.

But let’s keep an eye out for this one; anything is possible in the world of celebrityhood. Opinions?

The Buzz – James Franco Sets The Record Straight On His Love Life!
James Franco was rumored to be dating Ashley Benson among other beautiful starlets so he posted a blog to set the record straight.