Brooding Australian actor Hugh Jackman has spoken out about being abandoned by his mother at a young age and coming to terms with the situation. 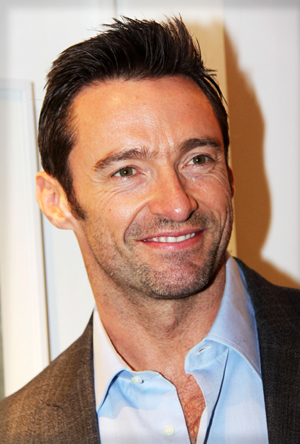 We don’t know how anyone could ever leave this guy, but…

Hugh Jackman revealed that he and his four siblings were abandoned by their mother, Grace, while living in Sydney.

That’s right. The actor said his mother decided to move back to the U.K. and informed the family via telegram on the following day. Jackman also disclosed that he didn’t realize his mother was not coming back until his early teens.

“One of the main things I remember is that horrible feeling that people were talking about you and looking at you because it was odd for the mother to leave,” the actor told Australian Women’s Weekly.

“The thing I never felt, and I know this might sound strange, I never felt that my mum didn’t love me. I’ve spoken about it at length with her since, and I know she was struggling. She was in hospital after I was born, suffering from post-natal depression,” he said, adding, “There wasn’t a support network for her here.”

That’s horribly refreshing of Jackman to be such a decent human being, a rarity nowadays. The actor has since become an awesome movie star and married Deborra-Lee Furness in 1996. The two have two children, 12-year-old Oscar and 7-year-old Ava.

“I think having kids of your own just adds another level of empathy and understanding,” Jackman stated. “And there comes a certain point in life when you have to stop blaming other people for how you feel or the misfortunes in your life.”

Truer words were never spoken. This man is amazing! We’re glad the actor has spoken out about this and has hopefully inspired many. What do you think?