Of all the people in the world, you wouldn’t consider Robert De Niro to be one who’s snubbed by award shows, right? The actor cracked quite a few jokes while accepting an award for Best Supporting Actor. 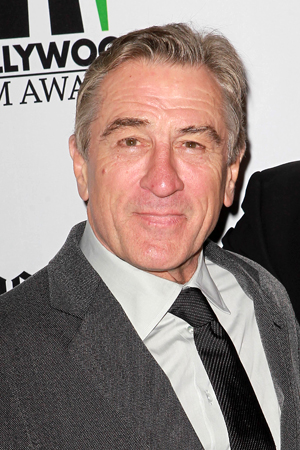 It seems Robert De Niro does not like sharing…

While receiving an award for Best Supporting Actor for his role in Silver Linings Playbook at the Hollywood Film Awards, De Niro quipped about being the guy who hands out the awards but who doesn’t receive them. Yeah, this guy has two Oscars… Must be a tough life.

“What mostly gets me here is to present awards to other people,” De Niro told the crowd. “I’ve handed out Oscars to Sean Penn, Eli Wallach [and] Francis Coppola. I’ve honoured Meryl Streep at the Kennedy Center. I’ve handed out about a half dozen lifetime achievement awards to Marty Scorsese, from the BAFTA to the Golden Globes.

“So even though [Leonardo] DiCaprio has taken my place in Marty’s movies, I’m apparently the go-to guy in handing out the hardware.”

But for real, it must be a lifetime struggle to be Robert De Niro, one of the greatest and best-known actors in cinematographic history.

“I’ve gotten pretty good at giving out awards, but frankly I’ve gotten out of practice accepting an award myself,” the actor continued. “It’s been awhile, except for getting that medal from the Irish American League when they couldn’t get Liam Neeson.”

De Niro then congratulated Bradley Cooper with his Best Actor win. This guy is hilarious and has spunk. We would love to see him receive another Oscar, maybe even 20 more… Gotta love De Niro.