We were all heartbroken upon hearing the news of Russell Crowe and Danielle Spencer’s separation, but it wasn’t confirmed — until now. The actor finally spoke out about parting from his wife. 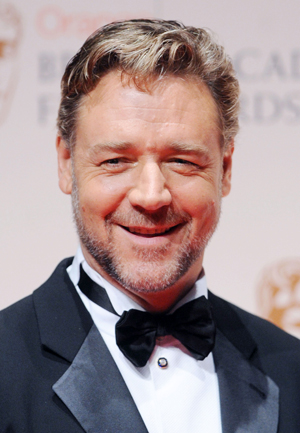 Well, we needed someone to speak up and acknowledge what happened! Men first, please…

Russell Crowe has finally spoken out about his separation from his wife, Danielle Spencer, after it was first reported earlier this month. We are a little devastated by this confirmation.

The Sun reported that the 48-year-old actor responded to a fan’s comment via Twitter, after the latter (named Sarah) tweeted, “Heard about your separation today. I said a prayer for you and your family.”

Crowe quickly responded with, “Hey Sarah, that was very kind of you. Thank you for your thoughts.”

He then continued with a shout-out to the difficulties of being separated from his two sons, 8-year-old Charles and 6-year-old Tennyson.

“This morning I’m sending out positive connective energy to any dads who are separated from the kids they love,” Crowe tweeted.

Crowe met Spencer on the set of 1990’s The Crossing, and they were married in 2003. He is currently in New York filming Darren Aronofsky’s Noah.

This means it’s official, and we are crying on the inside… We hope the children will not be affected and the couple moves on peacefully. What do you guys think?