In the world of acting and activism, George Clooney has weight. The actor has been using his influence to advocate for the civilians of Darfur and made a speech on their behalf at the Carousel of Hope Ball. 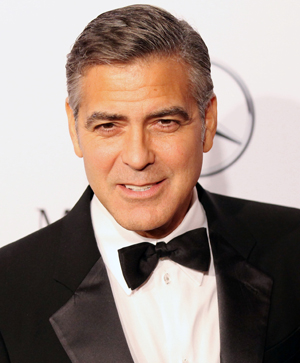 George Clooney has been battling to deliver relief to the people of Sudan for a very long time, and Saturday’s Carousel of Hope Ball, where he was receiving the Brass Ring Award, was no exception.

The 51-year-old actor has long been advocating for the innocents of Darfur and calling for the arrest of Sudan’s president, Omar al-Bashir, who has been accused of war crimes, genocide and crimes against humanity.

“The truth is, we’re going to have to find lots of ways to make life miserable for people who make lives miserable,” Clooney said. “And more importantly, we have to continue to make life bearable for those whose situation has become unbearable.”

The actor, along with human rights activist John Prendergast of the Enough Project, cooked up the Satellite Sentinel Project (SSP), aimed to monitor military activity in Sudan and prevent mass violent outrages. Al-Bashir, obviously, is not a fan of this initiative.

“It’s an area that journalists can’t get into,” the actor said at the event. “There’s a good reason they can’t get in. It is because the president of Sudan, Omar al-Bashir, is consistently and constantly killing innocent civilians.”

Obviously you have to finish a speech like that with an epic and amazing statement, which Clooney is consistent with delivering.

“You can’t make people do the right things,” the actor concluded, “but you can make it harder for them to do the wrong things.”

Bam! Did we all feel that? The sheer electricity of those words? Now, that is a good speech right there. We appreciate the efforts of Mr. Clooney, who is endlessly pouring himself into relief initiatives for the Darfur region.