Millions of viewers tuned in this July to see Emily Maynard accept the proposal of the adorable entrepreneur Jef Holm. But sadly, we found out today it was not meant to be. 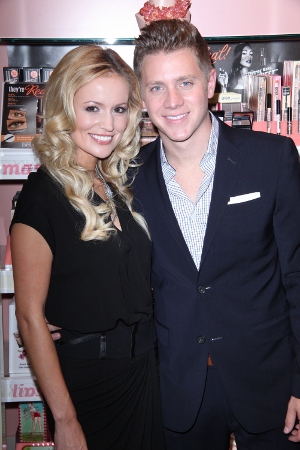 Cynics can rejoice and fans can shed a couple of tears at the announcement there is yet another couple to add to the heap of relationships that haven’t worked out on The Bachelor and The Bachelorette. But it’s particularly sad this time because Emily Maynard and Jef Holm were so darn cute together. And with Emily’s daughter Ricki in the picture, we were all hopeful they would become a happy little family. Unfortunately though, it seems it was not meant to be.

In July, Jef beat out a slew of great bachelors (including his friend in the house, Arie) to win over the stunning single mom from Charlotte, North Carolina. Emily had already won the heart of Brad Womack when he proposed to her on his season of The Bachelor but their relationship wound up ending all too soon. So everyone had their fingers crossed she’d have a successful experience on her very own season.

And considering Jef relocated to Charlotte last month to be closer to Emily and Ricki, it seemed their relationship was going superbly. But the couple told People they have in fact parted ways. They explained the breakup was entirely mutual and neither are harboring any ill-will for the other.

Emily kindly reported she has “nothing but respect and love for Jef and his family, but ultimately we are just at different points in our lives”.

Jef agreed stating, “Emily will always have a special place in my heart. I don’t regret a single second I spent with her or Ricki. They both have been a huge part of my life. Who knows what tomorrow will bring but we are moving on to the next chapter of our lives.”

So, another Bachelorette couple bites the dust. But it genuinely seems as though they are just in two different places in their lives right now. Maybe we’ll see them reunite in the future? Here’s hoping!