If you’ve been watching “The Bachelor Canada” and wishing you could get to know some of the ladies a bit better, this week delivered in many ways. Here’s what we learned about some of the contestants in the third episode. 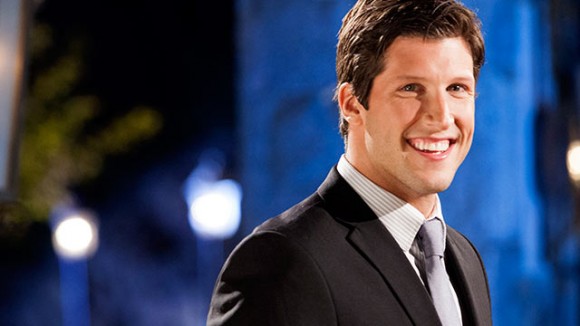 Kara’s game for anything

Some ladies get romantic meals by the ocean, others are invited to cruise around on a yacht — but Kara gets cattle herding and dinner in a barn. And she’s okay with it! They actually manage to have a pretty cute date roaming around on horses together and enjoy some meaningful conversation that garners her a rose.

Bianca is starting to warm up

It’s rather refreshing to see a girl take her time to warm up to The Bachelor rather than falling head over heels for him from the first introduction. But Brad manages to break through Bianca’s hesitations by offering her a one-on-one date where they seem to genuinely click. Good call on the perseverence, Brad! We think any lady would need a little encouragement after her boyfriend of two years broke up with her to marry Kim Kardashian.

Whitney is a force to be reckoned with

Who decided to give Whitney, the most intense girl in the competition, a large stick, place her on a balance beam over a pool of water and send her after sweet little Sophie? That was one risky move. Fortunately, both girls lived to tell the tale. And despite it seeming likely a vein in Whitney’s forehead was about ready to pop during the rose ceremony, she also won herself a rose.

Chantelle’s a brave one

Sweet and lovely Chantelle decided to tell Brad she’s a virgin. And thank goodness he took it in stride — because that girl is too adorable to let go of yet. The show just wouldn’t be the same without her innocent giggle and kind nature.

Brad’s letting them go in droves

If you’re used to the familiar slow elimination that goes on with the American Bachelor, you’re in for a shocking surprise with the Canadian version. In his determination to spend more time with the ladies he’s most interested in, he decided to let four ladies go rather than two this week. And according to next week’s sneak peek it seems the same amount of ladies will be heading home next Wednesday. Here’s hoping he doesn’t send the perfect partner home too soon!