All you football fans out there, rejoice! Your favourite sporting event will be enhanced by the wondrous talents of Beyonce. Can life get any better? 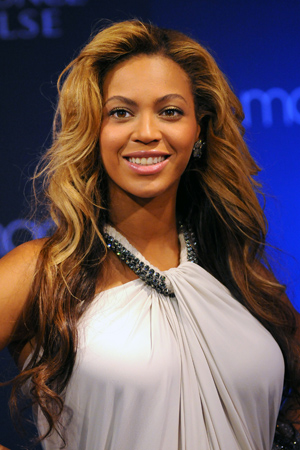 The singer is the official featured performer at the Super Bowl XLVII halftime show. No, it’s not a cereal event; it’s that American football thing.

The NFL and CBS confirmed the performance, which will take place at the Mercedes-Benz Superdome in New Orleans on Feb. 3.

Last year Madonna took the stage with Nicki Minaj, M.I.A., Cee Lo Green and LMFAO. This may shock you, but more than 112.5 million U.S. viewers tuned in for the show! This thing is huge!

In case you’re not familiar with American ways, the Super Bowl is a championship for the National Football League. The halftime show is an interval for the — you guessed it — halftime. It offers great exposure for any artist, because almost every American tunes in to watch the game. Some of the greats — like Prince, U2, Tom Petty, Bruce Springsteen, Paul McCartney and The Rolling Stones — have performed at the Super Bowl.

Will you be tuning in this coming February to watch the Super Bowl? More important, will you be watching Bey-Bey perform?