Kelly Clarkson is our favourite gal pal, and we’re glad to see she’s found love. The singer told Ryan Seacrest that she is head-over-heels in love with boyfriend Brandon Blackstock. 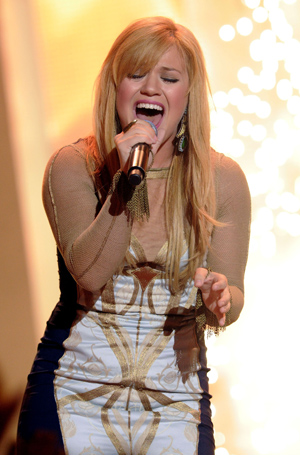 Aw… This is simply adorable!

The forever cute Kelly Clarkson revealed to Ryan Seacrest (on his KIIS-FM radio show) that she knew boyfriend Brandon Blackstock was Prince Charming from day one. Let’s check out this modern-day fairy tale together, shall we?

“We were just in a room together, and then he came up and said he was from the same hometown as me, and I was like, ‘Oh, we’re so getting married.’ I was so that girl. When he became single, I was on the prowl.”

The two have been dating since last year. Fun fact: Blackstock is the son of Clarkson’s manager and Reba McEntire’s nephew. She’s practically going out with country royalty! Well done, girl!

So, should we be expecting a proposal any time soon? Don’t count on it, folks. Real love has no time limit.

“We’re taking it slow, and we’re enjoying each other,” Clarkson stated. “I’m from a family of broken marriages, but we will definitely break that trend one day.”

And we cannot wait for that day! Clarkson is the girl you just can’t help but love; her wedding would be worth the wait. Opinions?