This may seem like news from bizzaro world, but bear with us. After Lindsay Lohan made a scene with accusations directed at her mother, Dina, the actress confessed it was all a lie. 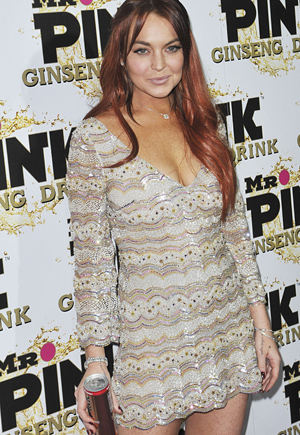 So, you know that big fight Lindsay and Dina Lohan had? The one where Lin-Lins accused her mama (via phone call to her papa, Michael Lohan) of kidnapping her, doing cocaine, being the devil and putting a gash on her leg?

Well, just kidding! Lohan says it was all a lie, and she just cannot believe (we can) Papa would share it with the world! The 26-year-old actress called in to TMZ to clarify the situation for the general populace.

“I’m really regretful about the argument I had with my mother and it being made public,” she stated. “Mothers and daughters fight. You know, I called my father and told him some really hurtful and untruthful lies about my mom. My mom does not do cocaine, clearly. And that’s a fact.”

Continuing with a compliment, “[My mom is] an amazing woman.”

Lohan then added, “I think everyone kind of knows that my father’s main objective had always been to destroy my mom…”

Draaaaaaaama! Lohan went on to say the phone conversation was not supposed to ever be made public and her father used it to benefit his cause. She then said she’s done with her father. But we’ve heard that before, many a time.

Something is so incredibly off about this entire story, but it’s really none of our business. We’re sure Michael Lohan will retaliate, so stay tuned! Opinions?