There are silly rumours, and then there are plain ridiculous ones! Taylor Swift has clarified that, despite the talk on the street, she did not kidnap her boyfriend and send him off on a private jet. Shocking! 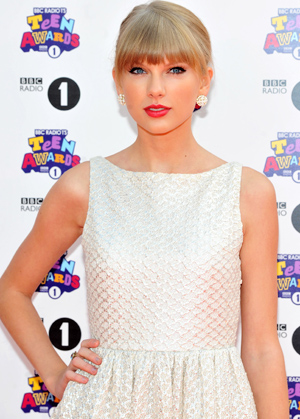 Well, this is so odd. Taylor Swift does not want a kidnapping charge on her record. Whaaat?

The 22-year-old singer has been the heart of a very unusual rumour, claiming that Swift missed her boyfriend, Connor Kennedy (of the Kennedys), so unbearably that she flew him out to Nashville on a private jet against his will.

As funny as it sounds, wouldn’t it make a whole lot of sense if it turned out to be true? Swift has the sweet exterior of a crazed killer (a la Kathy Bates), and she does fall for men rather quickly… Alas, the songstress denies all.

“How did I kidnap him?” Taylor told Rolling Stone magazine, the cover of which she is occupying. “You can’t kidnap a grown man! These are serious accusations, now! It’s an interesting way to spin something into a story. See, this is why I don’t read stuff.”

Well, the drug cartels have been successfully kidnapping fully grown men for a while… But we get her point! Clearly Swift was not amused by the rumours, but can you blame the tabloids? The couple has been dating since July, and the two have been attached at the hip from day one! Don’t worry, Taylor has an explanation for that too…

“The way I look at love is you have to follow it, and fall hard, if you fall hard. You have to forget about what everyone else thinks,” she said. “It has to be an us-against-the-world mentality. You have to make it work by prioritizing it, and by falling in love really fast, without thinking too hard. If I think too hard about a relationship, I’ll talk myself out of it… I have rules for a lot of areas of my life. Love is not going to be one of them.”

Does anyone else sense a Romeo-and-Juliet-type scenario playing out in Swift’s life at some point? But let it be. It’s young love… If it doesn’t work out, it will make a great song on Taylor’s next album.