Maybe it’s something in the water at the Lohan household… Lindsay and Dina Lohan acquainted themselves with the police after breaking into a massive verbal fight. 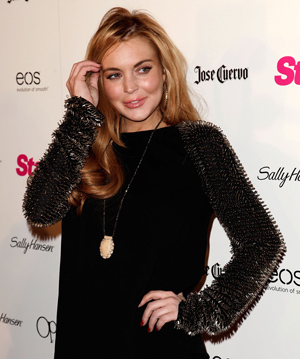 You know those silly little fights you have with your mother? The ones that end in police investigations and potential injuries? Oh, that’s right — that’s not normal.

The police were contacted on report of a domestic disturbance in a Merrick home, where Lindsay and Dina Lohan allegedly entered into a huge verbal argument and possibly a physical altercation. Please, try your best to put on a surprised facial expression…

So here’s the story, as pieced together from numerous tabloids. TMZ claims the mother-daughter duo partied it up at the Electric Room nightclub in Manhattan until four in the morning. The two then engaged in a verbal fight on the way to Dina’s home in Long Island.

Emerging reports claim it was Michael Lohan who called the police at Lindsay’s request because she was being held against her will inside Dina’s limousine.

“I did call the police at Lindsay’s request, and Lindsay even asked that I record the conversation because she was being held against her will by the limo driver at Dina’s instruction,” Mr. Lohan stated.

The fight reportedly broke out when Lindsay asked her mother to repay the $40,000 she loaned her to rescue her home from foreclosure. TMZ obtained a recording of the conversation Michael had with Lindsay, and it is a doozy. Lindsay goes on to say that Dina is holding her in the limo, she’s on cocaine, she’s the devil and so on and so forth.

No one has confirmed a single thing yet.

Why was Lindsay partying with her mum? Nobody knows. Why does Dina Lohan have such an awful reputation? It may be because she parties with her daughter and says silly things…

Oy, so much drama! Go hug your mother! Opinions?