The second episode of The Bachelor Canada wasn’t as insanely dramatic as some of the ones down the road are sure to be. But it did have its share of surprises! 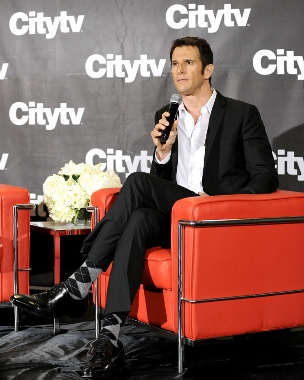 When it was announced that The Bachelor would have its first Canadian spin-off, it seemed hard to believe that the dates would be as elaborate as those seen on the American version. But the show certainly delivered tonight, as Brad jetted off to New Orleans and then Vegas with some of the ladies. If this is the kind of treatment the ladies can expect for group dates, there may very well be some pretty darn elaborate one-on-ones around the corner!

The ladies get their tease on!

In the very first group date of the season, the girls are surprised with the news that they each have to perform sexy burlesque routines for Brad. That couldn’t have been comfortable considering they’ve known each other for only a few days. Yikes!

For much of the episode it seemed as though Ana, who got the extra rose last week, wasn’t even going to get a date this time around. Fortunately, however, Brad surprised her with a one-on-one date. On the down side, he did so by sneaking into her room and waking her up in the wee hours of the morning. That girl is lucky she looks so good right out of bed!

The ladies need their one-on-one time

As the only single mom on the show, Melissa Marie tried desperately to seek out Brad for some time to discuss how he feels about children. But all that waiting seemed to make her more forceful than she perhaps intended, and Brad seemed a little taken aback. So much so that he wound up sending her packing at the end of the night. But she does have a beautiful little daughter to go home to, so it’s not all bad!

Laura B. may have gotten the rose after her stellar one-on-one date, but it wasn’t enough to totally assuage her nerves. After seeing Brad kissing Whitney, she was reduced to tears and self-doubts. Fortunately Brad managed to talk her out of thoughts of leaving, and she decided to stick it out. Here’s hoping this lovely lady gets her confidence back!

Tune in next Wednesday at 9:30 p.m. to see which ladies make the next round of cuts!

Meet the man and the ladies of The Bachelor Canada
Courtney’s written world: The Bachelor winner to pen tell-all
The Bachelor: After the final rose