We love us some Uma Thurman, but this role is a doozy! The actress has signed up to appear in Lars von Trier’s newest risque film, Nymphomaniac. 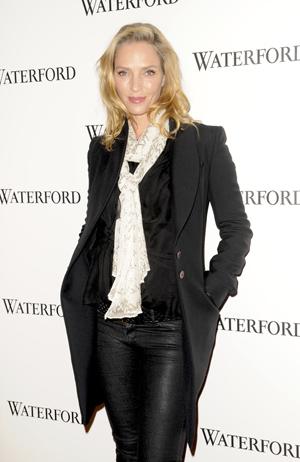 Luckily she’s not pregnant anymore, otherwise the news would have been slightly traumatizing…

Of course, the controversy of the film is that the sex scenes are promised to be genuine, no play-play. The world’s abuzz with LaBeouf’s debut into the world of classy pornography… Nymphomaniac will be released in two versions — soft and hard core — sometime in 2013. How awkward would it be to request a hard core movie ticket at your nearby cinema?

No word yet as to when Thurman will be joining the shooting. She’s probably still busy with her newborn baby. The movie is currently being filmed in Cologne, Germany.

There you have it. What do you think? Good film for Thurman to be a part of, or not so much?

Lindsay Lohan’s The Canyons trailer released!
Kellan Lutz in the African jungle?
The best and worst movie adaptations of books