No one could ever forget Mr. Johnny Cash, no siree! The country music community came together to raise money in support of a restoration project for the late icon’s boyhood home in Arkansas. 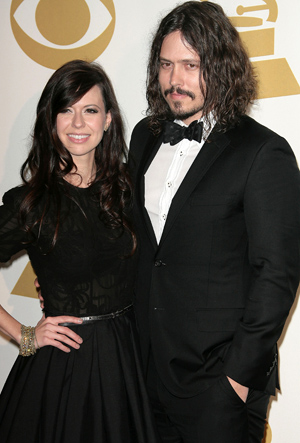 Some of the biggest names in the country music world got together on Friday to help raise money for the restoration of Johnny Cash’s childhood home in Dyess, Arkansas.

The sold-out concert was held at Arkansas State University in Jonesboro and raised $200,000 toward the planned $1 million restorative effort of the Cash family’s house sitting on 40 acres of land, obtained during Roosevelt’s time. The concert — or second annual Johnny Cash Festival — brought out artists like The Civil Wars, Dierks Bentley, Willie Nelson and Rosanne Cash.

A portion of the proceeds will be allotted to the scholarship in honour of Johnny Cash. The festival’s executive producer, Bill Carter, also revealed that plans for next year’s show are already under way, which will mark the 10th anniversary of Cash’s passing.

Well, this is a decent cause to support! Now that house can be restored and opened up to the public as a museum. Educate the youth of today about what the youth of yesterday listened to. Sounds good to us!

What do you guys think? Worthy cause, or not so much?