Once is never enough; the police are just too much fun. Daryl Hannah has been arrested one more time for protesting against the construction of a controversial oil pipeline. 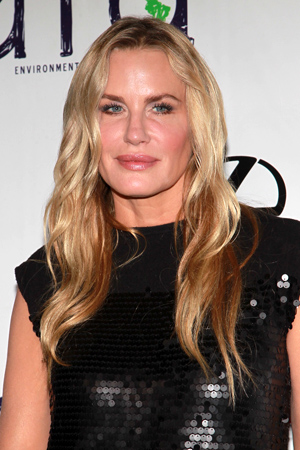 The actress was arrested yesterday in Texas, on suspicion of criminal trespassing and resisting arrest whilst protesting the construction of the Keystone XL pipeline.

The pipeline has been garnering quite a bit of attention from environmentalists and U.S. residents alike. It is a planned pipe system aimed to transport synthetic crude oil from the Athabasca oil sands region in Alberta. This is actually the second time Hannah has been arrested for protesting against the proposed system, but last time it was in Washington, D.C. She’s mixing it up with locations, you see?

The actress was arrested along with 78-year-old Eleanor Fairchild (whose farm in the Dallas region falls along the construction route) for blocking the construction equipment on Fairchild’s property. They were taken into custody by Wood County sheriff’s deputies.

Hannah was eventually released; her manager told Fox 44 that the actress has “always been sympathetic to Texas landowners who oppose the government taking their land for pipeline pathways.”

We ain’t even mad — this woman was protesting for an environmental and humanitarian cause. We don’t see any wrongdoing, unless violence was involved. Opinions?