It’s been awhile since we’ve heard any tunes from Miley Cyrus, but that stops now! The 19-year-old singer has premiered a new song, and it’s a cover of Melanie Safka’s famous masterpiece. 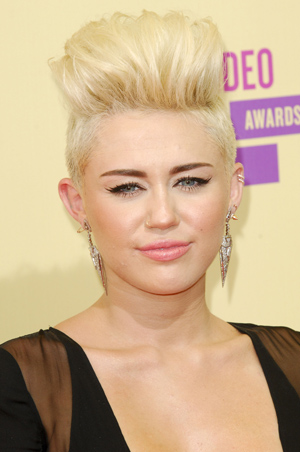 Just for a moment, let’s just all forget about Miley Cyrus‘ blabbermouth, wacky hair and constant state of confusion in regards to the concept of “clothing,” shall we? It’s going to be tough, we know. But today the focus is on Miley’s musical gifts.

The 19-year-old songstress premiered a new song yesterday — a cover of Melanie Safka’s “Look What They’ve Done to My Song.” We must admit (to our dismay) it’s pretty darn good.

Delivered in the backyard of what we can only assume is a mansion, Cyrus (rocking her old hair) is accompanied by two acoustic guitars and her surprisingly amazing vocal cords. It’s got soul, passion, some raspiness… What else would you ever want?

Cyrus is currently working on her next album, which we are assured will be new and fresh and all other kinds of hip, youthful slang words.

“We’ve been working really hard, and the record, I’m really proud of the album. It’s my favourite thing I’ve done, probably ever,” Cyrus had stated back at the MTV Video Music Awards.

So while we’re all anticipating this nouveau album, let us listen to this snippet of joy, and let us know what you think!