Many celebrities put their wealth and energy toward causes they support. These celebs are going all out for the animals! 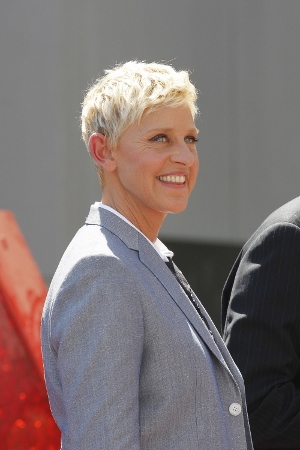 If you’ve ever watched The Ellen DeGeneres Show, you’re likely well aware that Ellen loves animals. Between showing videos of adorable creatures and talking with celebrity guests about her vegan diet, she makes it clear she’d do just about anything for the animals. Her website even has a pets section where you can learn more about animals that are up for adoption and view plenty of cute pet videos.

Oh, Betty White! So great for so many reasons. And one of those many reasons is the fact that she loves animals just as much (or more!) than she loves acting. She has been a long-time supporter of the Morris Animal Foundation as well as the Los Angeles Zoo.

Anyone who ever watched The Price is Right during Bob Barker’s long-time run as host will have heard his popular refrain, “Have your pets spayed or neutered.” He became a vegetarian in 1979 and has been a driving force for animal rights ever since. He has supported many animal organizations both financially and publicity-wise over the last 30 years, and shows no signs of slowing down his proud crusade. Animals can certainly feel safe when he’s around!

Alicia may have become famous thanks to her breakout role in the movie Clueless, but her pursuit of animal welfare and environmental improvements proves she’s anything but “clueless.” She became a vegan in 1998 and was even named PETA’s “Sexiest Female Vegetarian.” Her book The Kind Diet promotes eating less animal products in whichever way is most doable for you and establishing a more eco-friendly way of living.

For anyone who’s been scanning through this list asking, “Where are the Canadians? We love animals too!” You’re absolutely right. And a great example of our love for animals is Sarah McLachlan. She’s been a huge supporter of various charities over the last decade, and let’s face it — it’s physically impossible to not be moved by her ad for the SPCA.