Looks like Reese beat you to it, Drew Barrymore. The Oscar-winning actress is a mom again, welcoming her first child with her new husband into the world and giving him a Southern name that is sure to make every other celebrity baby jealous. 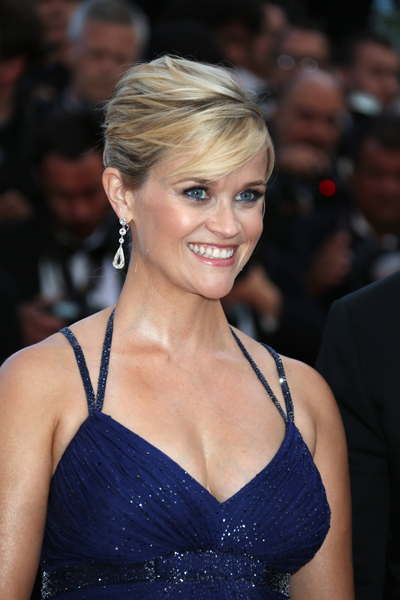 Reese Witherspoon is a mom a third time around!

The This Means War actress welcomed her baby with husband Jim Toth today, and Us Weekly confirms that the little bundle of joy is a boy with an absolutely adorable name.

“Reese Witherspoon and husband Jim Toth welcomed Tennessee James into their family today. Both mom and baby are healthy, and the entire family is thrilled,” said her rep to the entertainment website.

Can that name be any more of a reflection of Reese and her country roots?

This is the first child for Reese with her new hubby Jim, whom she married in March 2011, but it is her third child and second boy. The 36-year-old star has two other children — daughter Ava, 12, and son Deacon, 8 — with ex-husband and Cruel Intentions co-star Ryan Phillippe.

Though Reese experienced the ups and downs and the joys of expecting earlier this year, it wasn’t until early summer that the Southern belle admitted she was pregnant and that she was getting cravings for almost any type of food.

“I’m always feeling like I’d like to eat everything in sight!” said Reese to the Chicago Sun-Times while attending a summer gala. The actress also revealed at the Q&A that she was going to take “a little time off” after she finished shooting her movie Devil’s Knot, which co-stars Colin Firth and Stephen Moyer.

Well, it’s a bummer that we’re not going to see Reese on the big screen after this movie, but we’re glad she has a new bundle of joy to add to her family!