Not everyone has to be sorry, right? Fiona Apple addressed the crowd at a recent performance in New Orleans, but it wasn’t to apologize for her drug bust, just to clear the air. 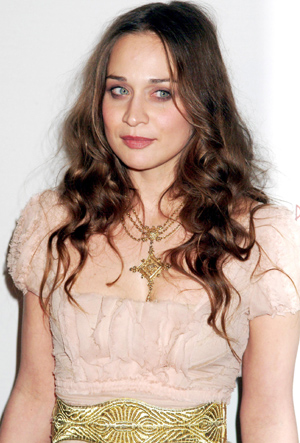 It’s so refreshing to see earnest remorse for past mistakes, but you won’t be seeing any of that here…

Is Fiona Apple sorry for getting busted for drug possession? Meh, she can cope.

The songstress was arrested last Wednesday for hashish possession, discovered by a drug-sniffing dog during a routine inspection at the Texan border in Sierra Blanca. The 35-year-old singer was released on Thursday on a $10,000 bond, and she ain’t happy about any of this.

“I just wanna say to [fellow musician] Charlie Dayton, who made this record with me, I’m sorry all our hard work is being overshadowed by this bulls***,” Apple told the crowd at the House of Blues in New Orleans on Tuesday before launching into her famous sombre songs.

Here’s the odd bit: During a concert in Houston this weekend, Apple told the audience that the police officers mistreated her during the arrest, and she’s kept a record of violations in a “lock box” for legal purposes. But when the Hudspeth County Sheriff’s Department called her out on it, the songstress retracted the comment — in very blunt terms.

Well, now that is up for serious debate. We think stirring the pot just for the sake of it has undermined Fiona’s credibility and, quite frankly, made her seem a little… off.

What do you think? Opinionate.