While the story of the boy who lived and the evil dark lord may be over, that doesn’t mean the wizardry world is closed to more stories. J.K. Rowling has revealed there’s room for a little more adventure. 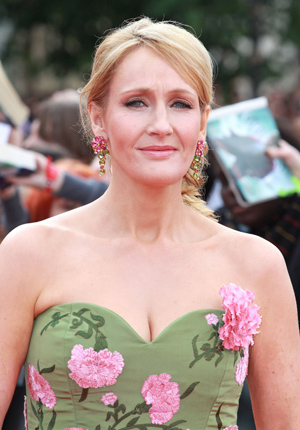 It’s hard to believe that J.K. Rowling has put the wizardry world of Harry Potter to sleep with the last book, The Deathly Hallows. But with the author’s first venture into adult fiction, The Casual Vacancy, ready for release tomorrow, the magical mysteries of Hogwarts may still be on the table…

“It was murder saying goodbye, but where Harry’s story is concerned, I’m done,” Rowling told BBC in an interview. “Now, if I had a fabulous idea that came out of that world, because I loved writing it, I would do it.”

Challenge accepted! You heard her, folks. Swarm her with brilliant Hogwarts ideas! Children of all generations should be gifted with a story of a wizard set in the modern age. Rowling needs to expand her legacy.

“I don’t want to go mechanically back into that world and pick up a load of odds and ends and glue them together and say, ‘Here we go, we can sell this.’ It would make a mockery of what those books were to me.”

We don’t even mind, seriously. Write a story about a talking bucket set in the Harry Potter world, and we will read it. The readers are quite desperate for another taste of the wizardry battle of good and evil.

What do you think? Are you eager for another boy wizard book or the like?