What’s up with celebs cancelling their tours? (Eh, Madonna?) Now Usher has joined the bailing train express and promised to reschedule his European tour next year. 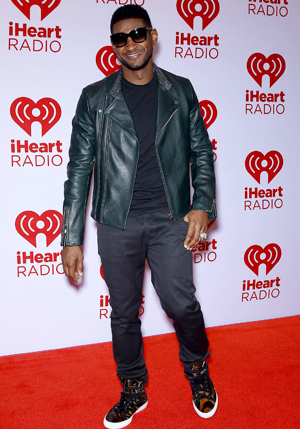 Sorry, but Usher will not be scheduling a date with you, Europe.

The singer announced today that the “Usher Euphoria Tour” in Europe is going to be pushed back to fall 2013. The only consolation we can offer is that the decision was family motivated.

“The feeling of euphoria that I get when performing for you is indescribable,” Usher wrote on his website. “I love each and every one of you and thank you for being there every step of the way. I truly appreciate and am grateful for your support while I take this time to focus on my children and continue to evolve with my fans.”

You can’t be mad at him when he utters such sweet nothings to you! Last month Usher won primary custody of his and Tameka Foster’s two children — Usher Raymond V, 4, and Naviyd Raymond, 3.

We’re sure that becoming a new coach on The Voice had absolutely nothing to do with it… Or did it? Dun dun duuun!

Either way, we’re not fans of prior commitments being cancelled, but if that’s what Usher needs to do, then that’s that. What do you think?