Wow, this one’s a doozy! A lawsuit filed against Jennifer Lopez two years ago — for $10 million — was dismissed yesterday. No movies about J.Lo, people! 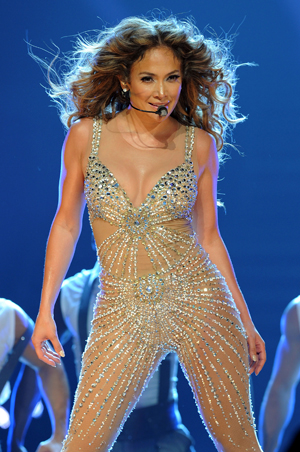 Jennifer Lopez must be feelin’ mighty fine today after a judge dismissed a $10 million case against her. This might just be the most complicated lawsuit drama business thing of all time.

Two years ago, J.Lo was sued for allegedly interfering with the production of a film chronicling her failed marriage to Ojani Noa, developed for Telemundo. The working title for the movie was I Owe JLo, and it apparently hit a speed bump when Lopez’ lawyers began bombarding Noa, his business partner, Ed Meyer, and a hired producer, Claudia Vasquez, with cease-and-desist letters.

Are you ready? Here’s the story…

Lopez married Noa in 1997 but divorced him in 1998. In 2004, Noa sued Jenny for issues arising out of his employment by one of Lopez’ companies; the two arrived at a tricky settlement stipulating complete confidentiality and prohibition from disclosing intimate details of Noa’s relationship with the singer/actress and from disparaging her image in any way. Noa ignored the settlement and started shopping around for a book deal; Lopez sued him in 2006 for breach of contract and forced him to pay over $540,000 (puts a new spin on the film title, no?).

Fast-forward to two years later: Noa reached a production agreement with Meyer for a comedic film chronicling the marriage. Cue cease-and-desist letters. Lopez sued Noa and Meyer, and put an end to the production of a film called How I Married Jennifer Lopez: The JLo and Ojani Noa Story.

But… Vasquez was not part of that lawsuit (although subject to the cease-and-desist letters) and was in fact working on a separate project for Telemundo. So she flipped the tables and, claiming the singer’s legal actions rendered Vasquez’ film unmarketable, sued Lopez for $10 million.

Lopez filed a failed anti-SLAPP motion; the trial court stated Vasquez had a likelihood of winning, since no injunctions were applied to her, but Jenny-from-the-block filed an appeal and won it yesterday. Now Vasquez has not only lost the chance at $10 million, but may be stuck with J.Lo’s legal bill as well.

Everyone still following along, here?

So why was the appeal granted? Well…

Vasquez based her lawsuit on Lopez’ cease-and-desist letters, and while those may technically be enough to prove that the film I Owe JLo was dropped and blacklisted for fear of the star’s legal retaliation, those letters are considered a “privileged legal communication that can’t be used in court.” Hence, really, she had nothing to base the case on. Bam!

Complicated stuff — almost a decade’s worth of legal information right there. But there you go. Opinions?