Celebrities are so fragile nowadays, yes? Lindsay Lohan found herself in the hospital yesterday for respiratory complications, but don’t worry, she’s out and about already. 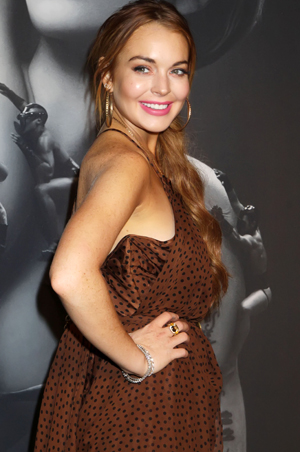 Lindsay Lohan should just go for it and have her very own drama show — based on her life.

The actress was recently arrested for an alleged hit and run, which really cannoned her into the headlines, and now, she’s been hospitalized.

Any guesses as to why? Exhaustion? Overdose? Dehydration? Car crash? Nope, Lohan was rushed to the hospital due to complications from asthma, for which she was “treated and released, and is doing fine,” according to her rep.

A little anticlimactic, no? We were expecting a hospitalization due to a wicked car crash caused by Lohan’s drunk driving whilst wearing a cape and knitting a sweater, with explosions and severe damage to the metropolis. Alas, it is not so.

Here’s what LinLins’ father had to say on the matter to the New York Daily News: “She’s fine, but she had a bad case of asthma as a kid, so she has to take these things seriously. When she was a kid, we almost lost her a couple of times because of the asthma.”

So there you go. Nothing to see here, people. Just normal asthmatic stuff. Opinions?