If you were wondering whether a superb human being exists, yes, one does. His name is James Franco. The actor and jack of all trades has embarked on a musical journey. 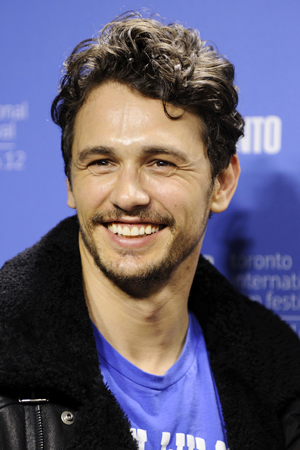 Someone needs to pause this man!

The actor, in cahoots with an old friend and musician, Tim O’Keefe, is releasing an EP under the moniker Daddy (kind of odd, but all right). The first single off the record is titled “Love in the Old Days” and comes complete with a video directed by Franco himself.

Just to sample a taste of what the song/video is all about, think of Serge Gainsbourg’s “Bonnie and Clyde” washed out with English and set to a kaleidoscope, technocoloured video. It’s not half bad. With the unusual speaking vocal style popularized in the ’60s and peachy instrumental inserts, it may just be the nostalgic musical sound you’ve been yearning for.

“I know I do a lot of things. I’m very aware of that,” Franco explained to Rolling Stone magazine. “I’m sure there are a lot of skeptical people, hearing about me doing music… To me, it all comes from a similar place. It’s like using different tools to express things in different ways.”

At least he knows everyone is jealous of him… The issue is not that Franco does many things, but that he does many things well. If his EP launches a renaissance of the whole ye-ye chanson business, we will explode from envy. This man is gold.

Well, what is a musician without a listener? Here’s “Love in the Old Days” for your musical benefit. Let us know what you think.

James Franco – Love in the old days (James Franco’s debut with band Daddy)
James Franco and musician Tim O’Keefe (a former classmate of Franco’s at the Rhode Island School of Design) have released this EP under the moniker Daddy. James Franco directed the duo’s first video, “Love in the Old Days,” a meditation on romance in the 1960s, which features references to his parents and features their wedding photo near the end. Daddy’s debut EP, MotorCity, hits Sept. 25 and features vocal contributions from Motown’s Smokey Robinson, whom Franco met on a flight. The cover art is a photo of Franco’s Spring Breakers costars Selena Gomez, Vanessa Hudgens, Ashley Benson and Rachel Korine. (I will add a link to the cover Art when it becomes available)